John Wooden is one of the greatest coaches of all time. He led his UCLA men's basketball team to a stunning 10 NCAA Championships in 12 years.

Over the years, he's shared his leadership lessons in a variety of books, including one I recently read: Wooden: A Lifetime of Observations and Reflections On and Off the Court.

It's a great look into the mind of a legend; as I read it, I felt like I was sitting on a porch getting advice from him on life and leadership.

Today, I'd like to share with you the best John Wooden Quotes I found on leadership as I read this book, and how you can apply them. 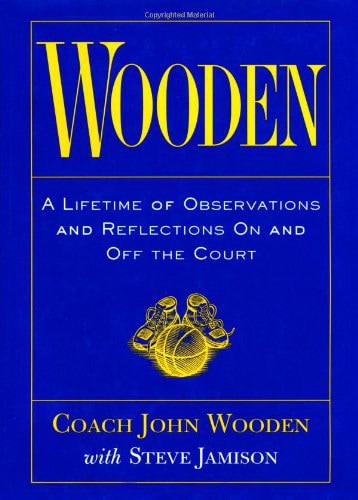 John Wooden's legend lives on long after his passing. As his former players describe him, he's the kind of leader we all aspire to:

"The wisdom of Coach Wooden had a profound influence on me as an athlete, but an even great influence on me."
- Kareem Abdul-Jabbar, NCAA & NBA Hall of Fame inductee and 8-time NBA champion

"He worked harder, longer, smarter, and was more dedicated, loyal, concerned, caring, detailed, meticulous, and enthusiastic than anyone I have ever worked with."
- Bill Walton, NCAA & NBA Hall of Fame inductee and 2-time NBA champion

When you shape the mindset and careers of some of the greatest players and coaches of all time in your sport, you're doing a few things right. Here are the leadership lessons I learned straight from the best John Wooden quotes in his book, Wooden.

1) "You can never make up for a lost day... Don't think you can make up for it by working twice as hard tomorrow. If you have it within your power to work twice as hard, why aren't you doing it now?"

Wooden believed giving 110% was impossible. All you could do is get as close as possible to giving it your all (100%).  He always pushed his players to get closer to that number, but felt no one could ever really fully reach it.

When practices were sluggish, he would suggest to the team they cancel it. When they would protest, he would often see them pick up the pace and play much better then.  If they were still sluggish, he would then cancel practice, which accomplished two things:

Leadership Lesson for You: Hold your team to a high standard. Don't let poor work slip by. However, also recognize when your team needs a break. Work is a marathon, not a sprint. 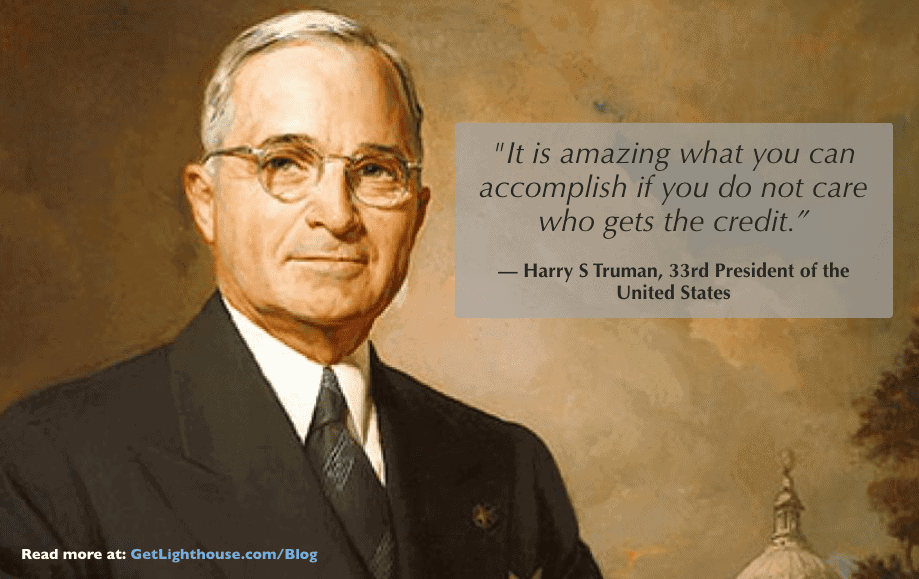 2) "You must be interested in finding the best way, not in having your own way."

While this quote is actually in a section of Wooden's book on how he made his marriage of over 50 years work well, it also applies to being a manager.

No one likes a dictator. Building consensus and getting buy in are key skills for a good manager.

One of the best ways to get buy in, is to show you're looking for the best way, not your way.

For all his reputation as a tyrannical jerk, there was a side to Steve Jobs that embodied this concept incredibly well. In what was called, "Cauldrons", Steve Jobs would meet with small groups of product leaders to create great products. According to a blog post by a former product leader at Apple:

"When I worked with Steve on product design, there was kind of an approach we took, unconsciously, which I characterize in my mind as a "cauldron".

There might be 3 or 4 or even 10 of us in the room, looking at, say, an iteration of iPhoto. Ideas would come forth, suggestions, observations, whatever. We would "throw them into the cauldron", and stir it, and soon nobody remembered exactly whose ideas were which. This let us make a great soup, a great potion, without worrying about who had what idea."

Leadership Lesson for You: Would you rather have great statistics for yourself in a loss, or help contribute well to your team getting a win? If you want to succeed as a team, let go of your ego wanting to "be right", and focus on the best decision for your team. Listen to them, ask good questions, and create a culture of great ideas winning over who said them.

Another form of this quote is commonly, and incorrectly, attributed to Gandhi. Regardless of its origination, it's a big part of John Wooden's core philosophy of life.

As he further elaborated in his book:

"Always be learning, acquiring knowledge, and seeking wisdom with a sense that you are immortal and that you will need much knowledge and wisdom for that long journey ahead. Know that when you are through learning, you are through.

But I want to live that life as if I were going to die tomorrow: with relish, immediacy, and the right priorities. I also will not waste even a minute."

As a manager, this advice is particularly relevant. On one hand, becoming a manager is a career change and every promotion requires learning new skills to succeed. If you stop learning, you'll slam right into the worst parts of the Peter Principle.

At the same time, work-life balance is important as well. People don't wish they spent more time at work on their deathbed. This is why the essential truth from this John Wooden quote is to, "not waste even a minute."

Leadership Lesson for you: Treat every minute as valued and invest it well in the short and long term. This mindset can help you in your own career. It can also help your team; save them from wasteful meetings, while playing the long game on growing them in their career.

4) "People want to believe you are sincerely interested in them as persons, not just for what they can do for you."

We are not robots. Everyone has different passions, interests, and priorities. As a leader, if you take the time to genuinely care about your team, you'll see that they will also care about the company they work for.

We've talked about the importance of rapport many times on the Lighthouse blog, so it's not entirely surprising to see another leader preach its virtues. Wooden believed everyone was inherently good, and looked for it in people.

This approach pays off as Gallup's studies on workplace engagement show that rapport and trust between manager and employee is essential for engagement: 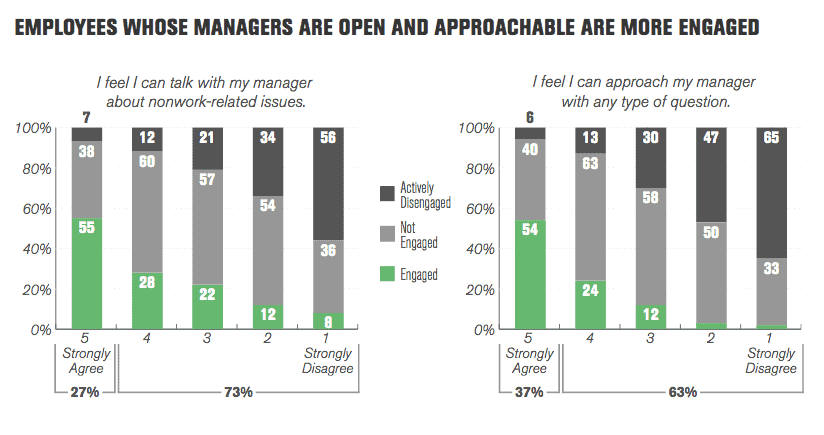 As you can see, if your team doesn't trust they can come to you about even nonwork-related issues, they're very unlikely to be engaged.

Leadership Lesson for You: Managing a team is about working with people. You have to genuinely care about them, or they won't want to work hard for you, and you'll have a hard time succeeding.

5) "You will find that success and attention to details, the smallest details, usually go hand in hand."

As coach of the UCLA men's basketball team, John Wooden was obsessed with the little details. He went so far as to spend the first day of practice going over how to put on your socks.

Coach Wooden knew that putting socks on poorly could cause painful blisters on his players' feet. This could then snowball to slowing down drills, preventing them from practicing longer, or if bad enough, causing players to miss practice.

Since Wooden believed in preventing anything under their control, that meant a strict attention to detail on how you put on socks and many other habits.

Wooden is not alone. Whether you consider business leaders like Steve Jobs and his striving to make things "insanely great", or look at another legendary coach, Bill Walsh of the NFL's San Francisco 49ers, attention to detail is an essential part of their culture and values.

Leadership Lesson for You: You set the standard for what's acceptable on your team. If you set the bar high, you can achieve great things, but if you lower your standards, your team will fall to that level with you. 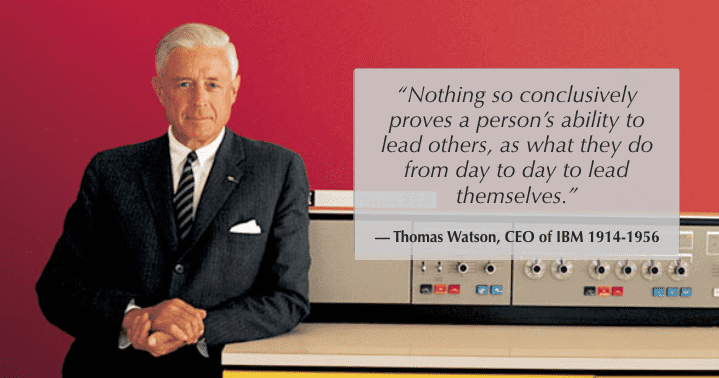 6) "Being a role model is the most powerful form of educating."

Whether you're trying to teach your children, a group of basketball players, or your team of engineers, your example is the most powerful way you can teach them.

If you've ever worked for a bad manager, you know how frustrating "Do as I say, not as I do" can feel.

Even if the bad manager had good intentions and a good lesson, it probably fell on deaf ears. Meanwhile, a good leader that practices what they preach allows people to see the lessons in action instead of relying only on a leader's words.

Wooden also looked at leadership by example as one of the best ways to make the world a better place. As he remarked:

"Perhaps you fret and think you can't make a difference in the way things are. Wrong. You can make the biggest difference of all. You can change yourself.

And when you do that you become a very powerful and important force - namely a good role model."

Leadership Lesson for You: What are you teaching others with the example you are setting? Next time you need to teach someone on your team a concept, look to the power of example to be your greatest teaching aide.

7) "Fairness is giving all people the treatment they earn and deserve. It doesn't mean treating everyone alike. That's unfair, because everyone doesn't earn the same treatment."

For some people, this may be a bit controversial, but Wooden made a strong point around this in his book.

Motivating people is a custom process. What one team member may respond to is not what another will respond to.

A similar lesson was a clear theme for another massively successful coach: Red Auerbach. In Bill Russell's memoir, he recalls:

"Red's genius as a coach was mostly in his skills as a motivator. He was a master psychologist who knew that there are as many different ways to psyche people as there are personalities."

Auerbach would use approaches from yelling, to private conversations, to totally hands off, all with the goal of getting everyone to perform at their best and up to the team's standards. It worked to the tune of 9 championships in 11 years.

Wooden and Auerbach combined for 2 of the greatest title runs in sports history. Maybe they were onto something.

Leadership Lesson for You: Recognize that your team is a collection of individuals, who are all different. Adapt your leadership style to fit what can bring out the best in each of them to be truly fair.

[Ed note: You can dive more into this concept by looking at how Google compensated performers unevenly, and Andy Grove's key management concept of Task Relevant Maturity.]

What are your favorite John Wooden Quotes?

Love learning about leadership from great leaders in their own words? In addition to these John Wooden quotes, we have our favorite quotes from others leaders you can read about below:

And if you want to become a great leader yourself, get a benchmark of how you're doing with your team by getting your Manager Score here, or get help building the right habits to be a great leader with a free trial of Lighthouse here. 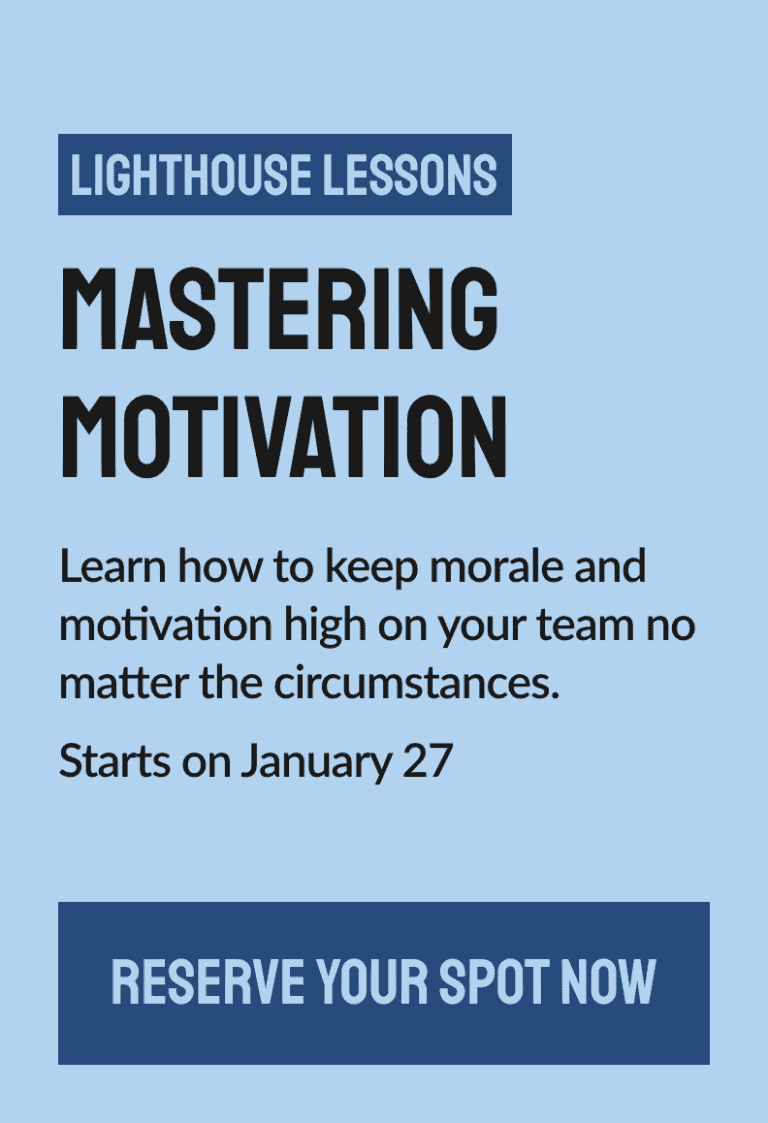 The Most Important Skills for Managers to Master

Managing Up: Advice for Managers & ICs to Master the most important relationship at work

Bad Leadership: 5 Ways to Recognize Bad Managers at Your Company