36 Military Leader Quotes Any Manager Can Learn From

"It doesn't take a hero to order men into battle. It takes a hero to be one of those men who goes into battle.” - General Norman Schwarzkopf, U.S. Army

With Veterans Day this week in America, we honor those who have died serving in our military.

The crucible of war and battle is a challenge I can only imagine. I am fortunate to live in a country where war is a distant event, only made real by friends and family who have or currently do serve. I'm grateful for everyone who serves.

Learn from their leaders.

Through the centuries, great military leaders have shown some of the strongest leadership skills, which have been immortalized in leadership quotes attributed to them.

Today, we look at a set of those military leader quotes that we can all learn from and apply in any situation where we are leading or managing others.

36 Military Leader Quotes Any Manager Can Learn From

Here are 36 of our favorite military leader quotes that any manager can apply to become a better leader:

Whether a soldier on a battlefield, a staff member meeting with customers, or an engineer building a key component, those doing the front line work have valuable insights.

As Colin Powell's quote above, and former commander-in-chief & U.S. Presidents below all learned, listening is an essential skill for success as a leader.

"When I am getting ready to reason with a man, I spend one-third of my time thinking about myself and what I am going to say and two-thirds about him and what he is going to say."
- Abraham Lincoln, 16th President of the United States and former Captain in the Illinois state militia during the Black Hawk War.

"No man has ever listened himself out of a job."
- Calvin Coolidge, 30th President of the United States

''Leadership is the art of getting someone else to do something you want done because he wants to do it.''
- Dwight D. Eisenhower, 34th President of the United States, and former General of the Army
Click to Tweet

"A general is just as good or just as bad as the troops under his command make him."
- General of the Army, Douglas MacArthur

"There's likely a place in paradise for people who tried hard, but what really matters is succeeding. If that requires you to change, that's your mission."
- General Stanley McChrystal, U.S. Army Retired

In General McChrystal's recent book, Team of Teams, he recounted the only way to succeed was to change and get everyone involved in the war with Al Qaeda across agencies and military branches talking and listening.

Once all teams were communicating and listening to each other, suddenly actions that would take a week could be executed in a matter of hours. They cut even more time off their delays by commanders trusting those under their command to act based on what they were seeing and hearing.

All of this combined to save American lives, and make everyone's efforts more successful. All of this was possible because Gen. McChrystal and others listened to their teams.

If you need to work on your listening skills as a leader, here are two places to start:

Being a dictator is a poor way to lead. You miss out on the critical thinking skills of the people executing your orders or instructions, and you kill their drive and motivation.

Give people some ownership in how they do their work and you'll get better results as these famous generals and Presidents knew so well.

''Never tell people how to do things. Tell them what to do and they will surprise you with their ingenuity.''
- General George S. Patton, U.S. Army

"It is amazing what you can accomplish if you do not care who gets the credit."
- Harry S Truman, 33rd President of the United States, and former Colonel in the U.S. Army

"All of the real heroes are not storybook combat fighters either. Every single man in this Army play a vital role. Don't ever let up. Don't ever think that your job is unimportant. Every man has a job to do and he must do it. Every man is a vital link in the great chain.”
- General George S. Patton, U.S. Army

If you're looking for help thinking about how to delegate more to your team, here's a good place to start:

Whether your team runs a submarine, is fighting on the front lines of World War I, or writes software, it's important to show respect, care, and loyalty to them. Without it, you won't get their full buy-in and effort put into their work.

"The most important single ingredient in the formula of success is knowing how to get along with people."
- Theodore Roosevelt, 26th President of the United States, and former U.S. Army Colonel

"To get the best out of your men, they must feel that you are their real leader and must know that they can depend upon you."
- General of the Armies John J. Pershing, U.S. Army

"Because the crew was convinced that I was "on their team" there were never any issues with negative criticism... You as a mentor have to establish that you are sincerely interested in the problems of the person you are mentoring."
- Ret. Capt L. David Marquet, US Navy and author, Turn the Ship Around!

"Always do everything you ask of those you command."
- General George S. Patton, U.S. Army

Need to work on your people skills with your team? Here's a good place to start:

When you lead others, the example you set is the most powerful way you convey to them what's important. It's not always easy to do the right thing, but it's absolutely necessary if you expect the same from the people you lead as these generals knew so well.

''The truth of the matter is that you always know the right thing to do. The hard part is doing it.''
-- General Norman Schwarzkopf, U.S. Army

"A true leader has the confidence to stand alone, the courage to make tough decisions, and the compassion to listen to the needs of others. He does not set out to be a leader, but becomes one by the equality of his actions and the integrity of his intent."
- General of the Army, Douglas MacArthur

"The supreme quality for leadership is unquestionably integrity. Without it, no real success is possible, no matter whether it is on a section gang, a football field, in an army, or in an office."
- Dwight D. Eisenhower, 34th President of the United States, and former General of the Army

''Leadership is a potent combination of strategy and character. But if you must be without one, be without the strategy.''- General Norman Schwarzkopf, U.S. Army Click to Tweet

Setting a good example is critical to the success of your organization. If you're trying to improve your culture, it's the right place to start. These posts can help you think more about that:

Perseverance through adversity is key to succeeding in battle, and in life. As these generals and former President know so well, it's the ability to push forward that matters most.

"Those who dare to fail miserably can achieve greatly."
- John F. Kennedy, 35th President of the United States, and former Navy Lieutenant

''The harder the conflict, the greater the triumph.'' - George Washington, 1st President of the United States, and Commanding General of the Continental Army Click to Tweet

"The truly great leader overcomes all difficulties, and campaigns and battles are nothing but a long series of difficulties to be overcome. The lack of equipment, the lack of food, the lack of this or that are only excuses; the real leader displays his quality in his triumphs over adversity, however great it may be.”
- General of the Army George C Marshall, and former Secretary of State & Secretary of Defense

''Success is not final, failure is not fatal: it is the courage to continue that counts.'' - Winston Churchill, Prime Minister of England during World War II, and former commander in the British Army
Click to Tweet

Behind every great success story are equally great challenges they had to overcome.

Churchill gets special mention here as a key ally for America in the fight against Hitler in World War II; he had a disastrous military career during World War I, but overcame that to be one of the most important leaders in history as he helped save England and the world from darkness just 2 decades later.

Most of you probably do not know about Churchill's failings in World War I. This is a good reminder that most of us will be remembered much more for our triumphs than our failures, no matter how bad it may seem at the time.

Being resilient and persevering applies to you in any field or career you choose. If you're a manager, here's a couple places to start:

Great leaders are lifelong learners, whether you're a 4-Star U.S. General or the manager of a team of engineers. They understand that leadership is a profession in and of itself, one which you could study your entire life and still have more to learn and improve upon.

Learning as a leader can come from both dedicated study, and from the hard won lessons of experience. Both are important to your growth and ongoing success.

"There are no secrets to success. It is the result of preparation, hard work, and learning from failure."
- Colin Powell, former U.S. General, Secretary of State, and National Security Advisor

"To err is nature, to rectify error is glory.”
- George Washington, 1st President of the United States, and Commanding General of the Continental Army

''Preparedness is the key to success and victory.'' - General of the Army, Douglas MacArthur

"In preparing for battle I have always found that plans are useless, but planning is indispensable.”
- Dwight D. Eisenhower, 34th President of the United States, and former General of the Army

"The more you sweat in peace, the less you bleed in war."
- General Norman Schwarzkopf, U.S. Army

Whether it's success on the battlefield or in the office, a leader needs to be willing to learn from their past failures and move on, and able to take those lessons and translate them into new skills that improve their ability to lead.

Honoring our heroes of past and present

Ideally, we could always avoid war, but that's unfortunately not what happens in reality. National holidays like Veterans Day and Memorial Day are a good time to remember that simple fact captured painfully by Major General William T. Sherman, who is most known for "Sherman's March" during the Civil War:

"It is only those who have neither fired a shot nor heard the shrieks and groans of the wounded who cry aloud for blood, more vengeance, more desolation. War is hell."
- Major General William T. Sherman, U.S. Army

Similarly, this quote from former U.S. Army General Norman Schwarzkopf echoes the desire to strive for peace, fighting only when necessary:

"Any soldier worth his salt should be antiwar. And still there are things worth fighting for."
- General Norman Schwarzkopf, U.S. Army

We honor the over 1.8 million who have died serving the United States since 1775.  Learn more about the history of Veterans Day at VA.gov/opa/vetsday and about the meaning of Memorial Day at USMemorialDay.org 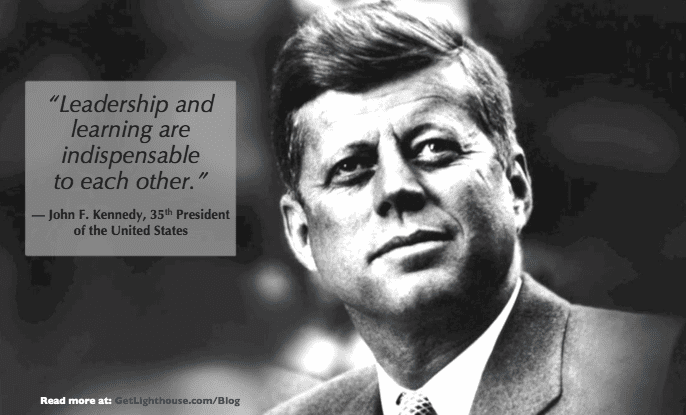 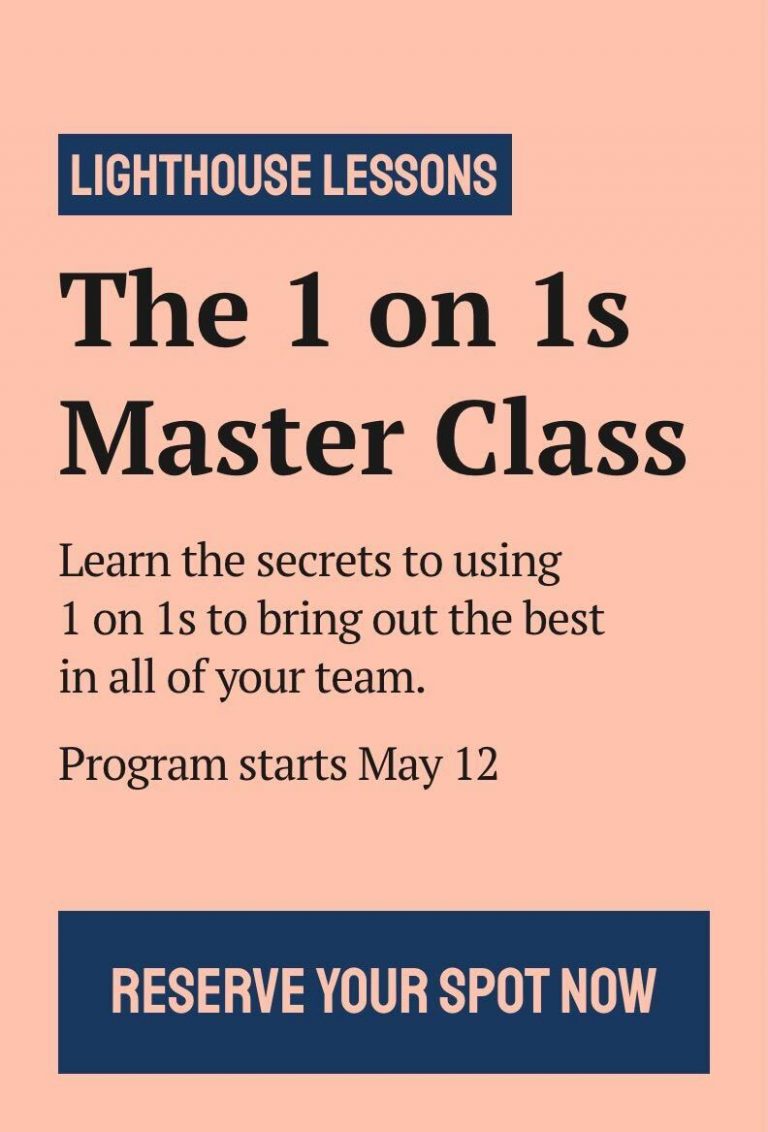 What You Can Learn from Trending Leadership Topics in Spring 2022