What if you could build a workplace exactly like Google's? Wouldn't it be great?

Every company has it's own personality, values, and ways of doing things. If you tried to force some other company's culture on yours, it would be as out of place and unwelcome as this:

You shouldn't aspire to be exactly like any other company, even mega-successes like Google. Yet, it's well worth reflecting on how you can take parts of what they do, and adapt them to fit your company.

I recently read Laszlo Bock's new book, "Work Rules: Insights from Inside Google That Will Transform How You Live and Lead". As you might expect, there were a number of things that felt unique to Google (i.e.- few of us have multi-million dollar stock grants we can offer employee #10,000+), or seem like ideas that could backfire (like Chapter 10's subject, "Pay Unfairly" leading to this scandal).

However, the exceptions shouldn't prevent you from learning and applying some of the amazing lessons and research shared in this book. Any  leader can benefit from some of Laslzlo Bock's Rules. Consider these lessons below as battle-tested, scientific approaches you can apply at your workplace at your discretion.

Google is a company with an extremely engineering-driven culture. The benefit of this is that they've taken rigorous scientific approaches to everything in their workplace. And at their scale (50,000+ employees), they have statistically significant findings. The majority of their best, most universally applicable lessons come from these studies, and these 5 lessons just scratch the surface of this 365 page book.

Bock and Google were careful to try to avoid forcing any changes on Google employees, so most changes were described as "temporary experiments."  This made it safer to roll back or change a new initiative relatively quickly depending on the reaction of Googlers.

It also helped reduce what Bock described as "entitlement" issues.  With regular experiments, it was easier to ensure people didn't take too many of the Google perks for granted and expect them as the status quo.

One such example was when Google developed Google Shopping Express. They gave Googlers $25 to try it, and a number of times thereafter. However, each time Bock reported, "we explained it was a test, so there was never any expectation that each month you'd get a free $25."

When they then stopped giving out the free credits, Bock reported they had no complaints. If they had made it a permanent perk and then eliminated it, you can imagine a non-zero amount of their 50,000+ employee workforce would have complained.

Another underrated aspect of making a new perk, policy, or investment in your team an experiment is that it changes the mindset of those rolling it out.  It's easy to think once you roll out a policy, your work is done. However, when you make it an experiment, now you need to measure the results and actively make a decision to keep, kill, or alter the program.

Lesson #2: Don't take away choice, but do reduce friction for desired options

If you want to change the behavior of your employees, it can be tempting to try to force a choice upon your people. Unfortunately, when given no choice, people often rebel.

I don't think any company has studied lunch time behaviors nearly as much as Google. From those experiments, they've learned the hard way how some changes are better received than others.

In an effort to make their employees eat healthier, especially for between meal snacks, Google redesigned their snack kitchens. Healthy snacks like dried fruits and nuts were prominently displayed in clear containers, while candy was placed in containers with small labels in harder to reach areas.

The results from these small changes were impressive. By simply taking advantage of the impact of proximity to food, Google was able to:

Charged by the success of this experiment, they rolled out these changes across all the company's offices.

Unfortunately, not all experiments were as big a success as the snack kitchen changes. Attempting to jump on a trend of reducing meat consumption due to the resources required to raise animals, Google stared a "Meatless Mondays" in some of their cafeterias. While some vegetarians rejoiced, other Googlers were outraged.

In a very prominent form of protest, a bunch of Googlers held a barbeque in the office parking lot. Others simply voted with their feet as attendance at the "meatless" cafes dropped. The lesson they learned from surveys afterwards was that "they didn't like having choices made for them."

In a number of other experiments this insight came up repeatedly. You can nudge people with information and the structure of your work area or cafeteria, but when you remove choice, people get very upset. Therefore, if you're looking to change behavior at your company, consider how you can highlight the desired choice, while still allowing people to opt for an alternative.

Laszlo Bock's book has an entire chapter called "Nudge...a lot" on this subject if you want to geek out and get more ideas for applying this in the workplace.

Lesson #3: You must measure your managers against the results you want

What makes a good manager? Someone that cares about their team? Develops and helps them grow? That people enjoy working for? Or is it simply the bottom line results they and their teams achieve?

Google wanted to know what the difference was between their good managers and bad managers. After extensive surveying and analyzing results of good and bad managers, they found a series of key behaviors were important for good performance and happy teams. This led to the reported findings of their Project Oxygen group which found 8 key attributes of good managers:

It's unlikely any manager can do all of those off the bat. If managers are not rewarded and measured against them, they'd probably never fit all of those characteristics. That's why Google then developed a special survey they use twice a year to allow team members to evaluate their managers against those top 8 areas with the following questions:

Through these surveys, managers are able to sit down with their teams and address issues. Managers also have tangible data to talk with their HR Business Partners about how they can improve.

We've done a deep dive into why these 8 management principles matter in another post you can read on the Lighthouse blog here.

Lesson #4: Perks don't have to be costly

Before I read Bock's book, I assumed Google spent thousands, if not tens of thousands, of dollars on perks for every employee. It turns out, the majority of Google's perks don't cost them anything:

So how do they do it?

Google has found that many businesses would like to sell to Google's employees. So they use their bargaining power as a source of 50,000 potential customers to get discounts. They also often ask employees to pay for using the perk as you can see in the image for things like dry cleaning, bike repairs, and hair salons.

Now, you probably don't have the leverage of 50,000 employees, but for a local, small business, a potential 50 or 100 customers coming to them is likely to get a solid discount you can pass along to your people. Don't believe Bock? Think about how companies like AnyPerk exist or how your average discount on group health insurance works.

Lesson #5: When it comes to hiring, the crowd is smarter than any individual

Google has developed a number of interesting practices to improve their hiring as they grew explosively and wanted to maintain a high bar for hires.  The have applied a few key rules that has helped them in their data-driven approach to hiring the right people:

This last insight is particularly interesting. Google takes the scores of every interviewer equally and then averages the scores to decide whether to hire someone. After extensive research, they found that the average score of this ideal group of 4 interviewers yielded an 86% hiring accuracy rate.  This was better than all but 1 uber-impressive employee ever at Google who was a major outlier in their ability to evaluate candidates.

Most companies have not hired nearly as many people as Google so their insights here, thanks to their commitment to data, analysis, and iteration is valuable to us all. They devote an entire chapter to many more fascinating hiring insights worth learning about and considering adding to your processes.

While at times it feels like Laszlo Bock is expecting you to emulate everything at Google, I don't think you should expect anything less from their head of People; he should be a major cheerleader of what they've accomplished.

The real lesson is that every company is different in what makes them great, but all great leaders are inspired by others. Work Rules provides helpful insights into how Google has succeeded and you're bound to find a few ideas you can bring to your company. 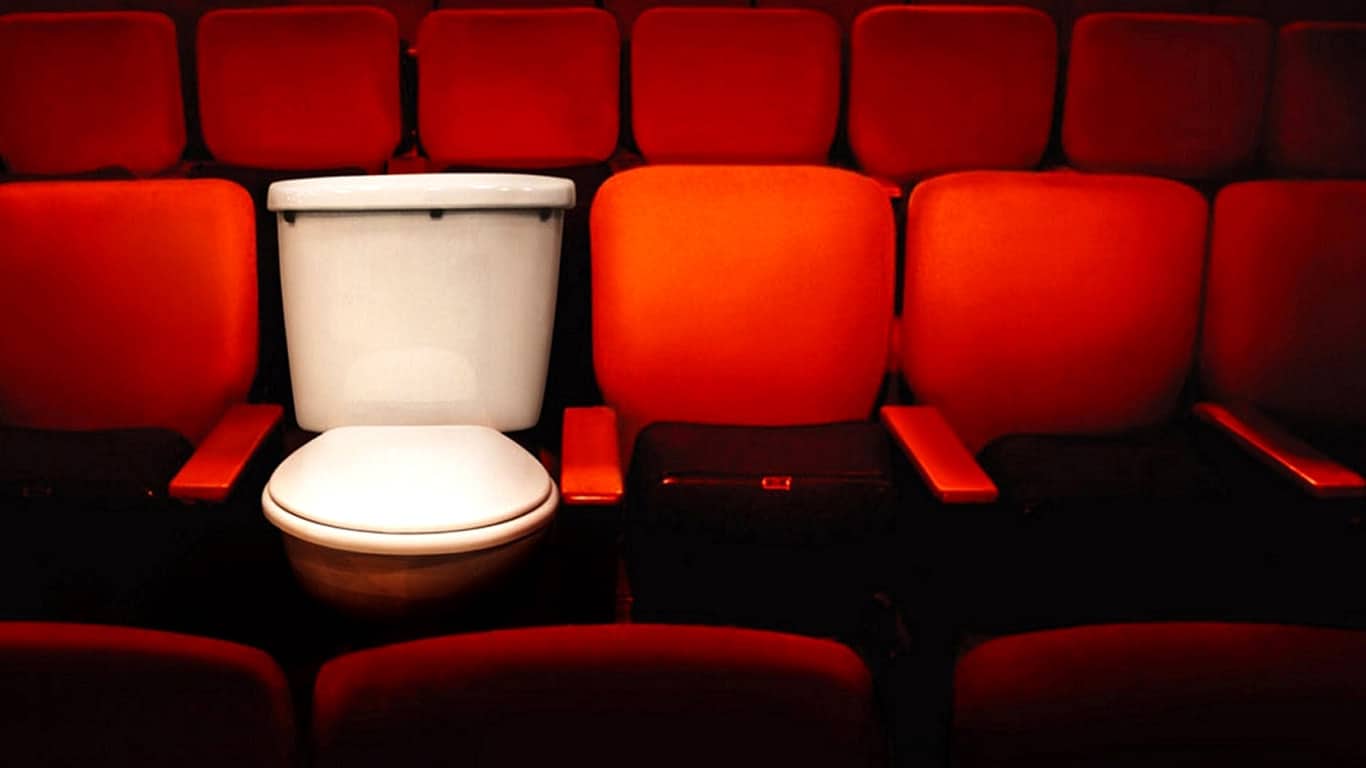 96 Questions to Ask Your Manager During Your One on Ones

6 Ways to Give Effective Praise to Motivate Your Team