The Power of Repetition: the Secret of Successful Leaders

"I've already said it, why would I need to repeat it?"

It's an innocent sounding thought, but it's a dangerous one for any leader that wants to be truly effective. The power of repetition is every leader's best friend.

Repeating yourself may seem annoying to you at first, but it's important to make sure your key messages and actions are given a chance to sink in. As Jeff Weiner, Executive Chairman and former CEO of Linkedin remarked in an interview:

"A friend of mine once paraphrased David Gergen, saying on the subject of repetition, "If you want to get your point across, especially to a broader audience, you need to repeat yourself so often, you get sick of hearing yourself say it. And only then will people begin to internalize what you're saying.”

Next time you're bothered by the fact you already said something, remember this. The power of repetition is your friend. It's an essential tool for any leader to see the results they desire in their team.

Today, we look at why repetition is important and how you can easily use it in your every day work with your team.

A study of managers in the workplace by Professors Tsedal Neely of Harvard and Paul Leonardi of Northwestern found a simple truth for why repetition is important:

"Managers who were deliberately redundant moved their projects forward faster and more smoothly.”

Remember that manager whose team is doing better than yours? Whose team always seems to get more done? They're probably repeating themselves more than you.

Get creative with your repetition.

Saying the same thing over and over again is not what repetition as a leader is about. That's just annoying.

The power of repetition requires a bit more finesse and skill. It's about finding multiple creative and effective ways to get the same idea across to your team.

Here's 3 easy ones you can start being better at practicing the power repetition today:

1) Reinforce your message in multiple ways.

One of the easiest ways to take advantage of the power of repetition is to think about how you repeat yourself. Don't just say something again and again, put it in writing, too.

Whether it's an email, a Slack message, or task in your project management system, seeing what you said can help your team quite a bit.

During the average workday, you probably use repetition as a communication repair strategy dozens of times, without even noticing.

Going over a task more than once, rephrasing a statement if you feel like it wasn’t clear enough, or circling back to a question that remained unanswered, are all examples of using repetition to strengthen communication and cooperation.

As Paul English, founder of Kayak.com, reminds us above, it's important to talk about it first.  If instead you put your message in writing first, there's many potential risks:

All these issues are easily avoidable by talking about it first. To start on the right foot bring it up in your 1 on 1 meeting, take them aside for a moment, or talk about it in a team meeting.

One additional, key benefit of this redundant approach is the clarity it brings. You may think you both understand a subject because you talked about it, but that's not always the case. By putting it in writing, you reinforce exactly what you said in a way that sets clear expectations.

This is especially important when you're trying to turn around an underperformer. When you need to see improvement in their work or they'll be let go, you don't want to leave anything unclear.  By following up in writing any verbal instructions on what must change, you help maximize the chances they'll improve.

The power of repetition is not just about fixing problems. It can also help you when you're looking to praise and reward your team.

If you like work or actions you see, tell them! As Sam Walton said, praise is free, and has a big impact.

If the founder of one of the largest retailers in the world isn't convincing enough, then consider Gallup's findings. In their research of thousands of managers and employees, they found:

"[Those answering "strongly agree to] "In the last seven days, I have received recognition or praise for doing good work” is responsible for a 10% to 20% difference in revenue and productivity."

Interestingly, Gallup also found that the most memorable praise doesn’t come from customers, peers, or high-level leaders like CEOs – but from the employee’s manager.

However, it’s important to remember that praising an employee on your team once and then forgetting about them for months at a time simply won’t cut it. Repetition is what will make your praise stick and, over time, improve their confidence and motivation.

To create recognition-rich environments that boost morale, remember that the study is based on providing this praise on a weekly basis.

So – if you really want the actions you're praising to last, be specific about them, and be sure to reinforce them regularly.

Every company I've ever worked at (including Lighthouse) has deeply valued providing great support to customers.

At a past job, we worked really hard to have engineers get involved in support. When one of the engineers did a particularly great job with a customer both in fixing the problem and communicating, I made sure to use the power of repetition.

First, I praised them in the moment (they cc'd me on the email to the customer) for doing a great job. Then, later that week when we met 1 on 1, I brought up again how awesome it was and why it mattered so much to us as a product team.

By doubling down on how important the support was, it reinforced its value in my teammate's mind. They continued providing the same high level of support after that.

When I later taught them about the power of repetition they recalled this reinforcement, and remarked how it did make it stick more for them. And because I used a variety of ways to reinforce it, they were not annoyed by it.

There's nothing more powerful than the example you set to your team. Nothing frustrates a team faster than "Do as I say, not as I do" situations.

One of the best ways to create positive change is to look hard at your own work as an example of what you want to see. As Marcus Buckingham wrote in "First, Break All the Rules":

"A manager has got to remember that he is on stage every day. His people are watching him. Everything he does, everything he says, and the way he says it, sends off clues to his employees. These clues affect performance. So never forget you are on that stage."

Embrace being on this stage! When you want to tap the power of repetition, use your example as a powerful piece of it.

Use your example as a teachable moment.

Just because you do something well does not mean your team understand why you did it that way. When you set a good example and it creates the results you hoped for, use that as a teachable moment.

Take some time to explain to them what happened and why it's important. This helps your people better understand the approach you want them to follow. It also is a perfect example of the importance of repetition, as you repeat yourself in multiple ways:

This creates a beautiful, repeating cycle. When you do it in the future, they'll remember what you explained. Every time you set that example you'll be reinforcing the idea again as well. Then, if you're a real pro, you'll praise them when they do what you taught through your example.

Soon thereafter the habit will start sticking for everyone.

The power of repetition is in its simplicity. A message heard repeatedly is more likely to stay in your mind.

The more senses a concept touches, and times it is heard, the more likely your team will hear your message and help deliver the results you desire. Be intentional with your habits of repetition and you'll see better results with your team.

Want help being consistent in your habits to manage and motivate your team?

Then sign up for a free trial of Lighthouse. Built with best practices like what we wrote about here today, it helps you make the most of the time you invest in your people and more easily use the power of repetition through helpful reminders, automated followups, and more. 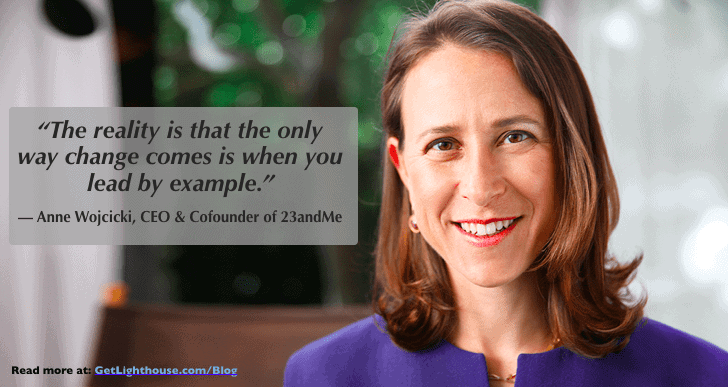 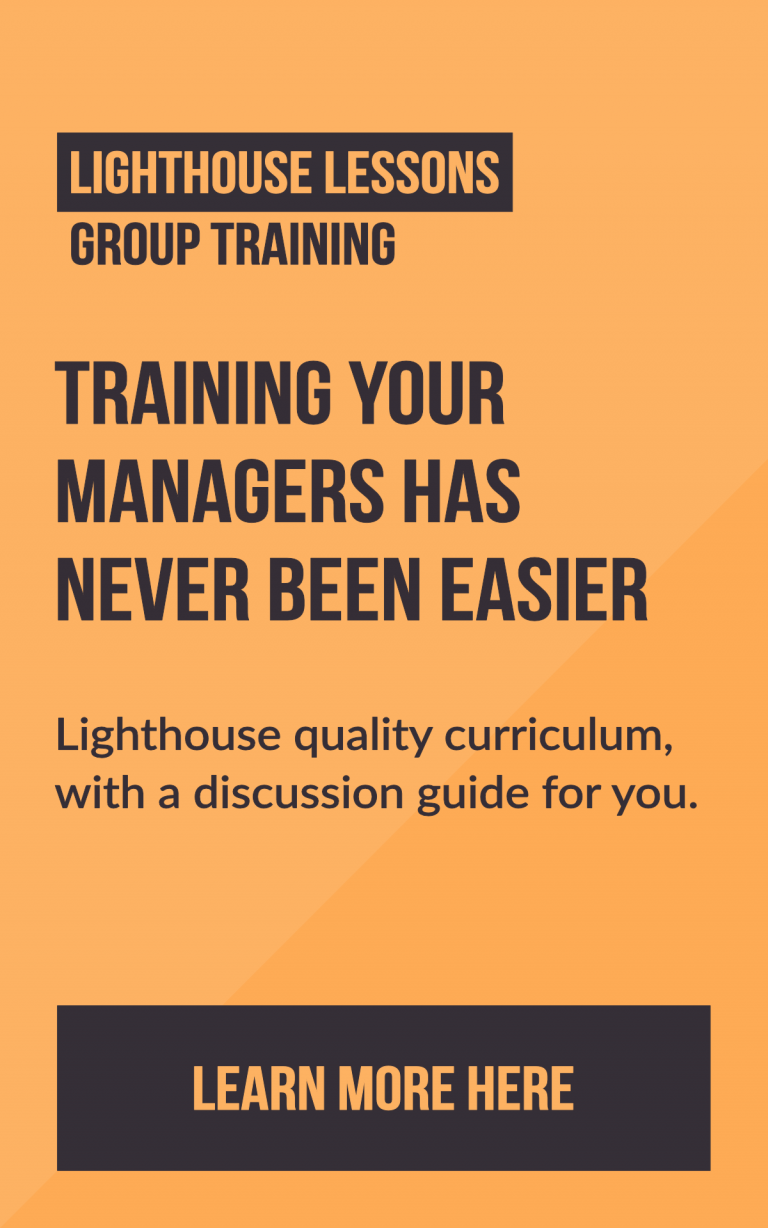