It's a common scenario: The company you work at is growing. Suddenly, a new layer of management is created, and thus a new role opens up. Leadership in the company wants to promote internally, so you and a number of your peers apply.

Only one person can get the job and now that you have it, your peers report to you. Awkward.

Managing former peers can be okay if you have a strong relationship with them; they may even been rooting for you, or felt you were most deserving. Those people will be genuinely happy for you, and ready to follow you.

Unfortunately, it's not all sunshine and rainbows.

There's likely to be at least one person who resents you. They wanted the job. They may think they can do a better job. They may not have liked you before, and now they really don't like you. They may passively or actively undermine you as a leader.

You may also feel uncomfortable as people who were your peers, who you commiserated and socialized with now report to you. The awkwardness can easily go beyond the walls of your office as your friendship has to switch between "friend-mode" and "manager-mode" on a regular basis.

Here's a few approaches you can use when you face these challenges in managing peers after promotion:

Table of Contents - What to do when you're managing former peers

How to Approach Managing Former Colleagues

As a leader, the example you set is critical, so the first thing you should do is to relax and be confident.

Remember: Your company chose you because they believe you are the best person for the job. Embrace that and use those feelings to help you take on these challenges - and you'll find managing former colleagues is not so scary after all.

1) Take the awkwardness head on

There's no avoiding it. There's going to be some awkwardness in your new role. So why not take it head on?

Your one on ones are a great time to clear the air. Let your former peers vent. Listen. Ask good questions and get their opinions.

Often, people just want to feel heard. By letting them air any grievances and talking about how they feel, you can then work together to address the awkwardness. Whether that's because they also wanted the job or they're not sure how this affects your friendship, you will be creating a dialogue around the issues that naturally arise when managing former peers. You'll be removing the elephant from the room right away.

Remove the elephants when managing peers after promotion

As Sheryl Sandberg wrote about handling tough conversations with her team after her husband's death,

"Once I addressed the elephant, we were able to kick him out of the room."

If you come with an open mind, you may discover valuable insights. For instance, if they thought they were a better choice for the role, ask what weaknesses in your leadership style you could improve? This can both make you a better leader by learning what they thought you were lacking, while also showing you're listening to them.

It also sets the expectation that just because you're the leader doesn't mean you won't take their input.

As Ed Catmull wrote of the value of candor in management:

"Candor isn't cruel. It does not destroy. On the contrary, any successful feedback system is built on empathy, on the idea that we are all in this together, that we understand your pain because we've experienced it ourselves.”

Having the courage to take on these awkward questions right away sends a strong message on how you face challenges and value their input. This is a great way to build your new manager-team member relationship with them.

2) Use your previous role to your advantage

If you have been working with your peers for a long time, you probably know them pretty well. That means you know their strengths and weaknesses, and you can set them up for success.  Delegate work that you know they can do well and give them the trust and autonomy to do it.

This isn't just logical; it's backed by research. As Gallup found in their "State of the American Manager" research, when people have the chance to work on their strengths daily, they're significantly more engaged:

"…almost all the variation between high- and lower-performing teams was explained by a very small group of items. The most powerful one proved to be "At work, I have the opportunity to do what I do best every day.”

Furthermore, this can be a great olive branch.  No, they didn't get the promotion you received, but you can give them a great project or responsibility they're excited about.

Even if they're resentful, this can help melt away some of those feelings knowing you have their interests at heart. That's why emphasis on open communication is key when managing former colleagues.

This is also a primary reason why peer one on ones are so powerful.

You build these relationships before you need them, and then are just transitioning a habit you already had into a more frequent manager-team member conversation. Even better, you'll have more power to do something about problems you may have previously only been able to commiserate on.

With that in mind, consider looking for new peers to connect with at your new level to get advice and build more valuable relationships going forward.

Unfortunately, once you get a promotion that has you managing former peers, you’ll have to accept that there will be changes to your relationships. You can no longer have close, personal friendships the way you might have had them previously.

To be able to lead effectively, and to be respected as the leader now, you’ll need to walk the fine line of staying professional, and still caring about your team. The video above of former Twitter CEO, Dick Costolo captures this concept well.

Being their manager means you have to change.

In an interview he gave to Harvard Business Review on this issue, Rober Sutton, author of the No-Asshole Rule, says: “It’s tough. The dynamics completely change. People start to watch you more than ever before.”

Michael Watkins, chairman of Genesis Advisers, agrees: “You can’t continue to have relationships in the way you did before. This is a loss for everybody but it’s part of the deal.”

If you don’t make changes to the way you work with your team, you can run into common leadership challenges including:

To avoid these issues, you need to work on establishing clear boundaries between you and your team members.

Now, this doesn’t mean you should be completely aloof, or become a super strict boss going forward. It just means that you might need to slightly readjust your mindset.

As we covered in the previous 2 points, you’ll want to work on putting yourself at arms length from your former peers. You can do this both in your words and actions with things like:

The last point is particularly important; you don’t have to stop being friends with former peers simply because you’re their manager. However, you do have to create more clear lines with them.

Let your friends at work know that when you’re at work you have to be serious and professional, and that you want to emphasize a clear separation if you’re spending time together outside the office.

One of the easiest ways to do that is to ask that when socializing “off the clock” you don’t talk about work, so it’s clear you’re just yourself there. Then, at the same time, at work you don’t talk about some of the fun, casual things you do at home. This separation of church and state can help you both stay in the right mindsets in both situations.

4) Accept they may need to move on

Ultimately, not everyone may work out. If they're too bitter about the situation, then even your best efforts may not turn them around. It's not your fault - managing former colleagues is a really challenging situation.

As Jim Collins's classic book, Good to Great, discusses, you need to get everyone "On the Bus.”  As he puts it:

"The leaders who ignited the transformations from good to great did not first figure out where to drive the bus and then get people to take it there. No, they first got the right people on the bus (and the wrong people off the bus)”

Make the best effort you can, but recognize it's a two way relationship: they have to be willing to come around, too.

If they're not meeting you halfway despite your best efforts over time, tell them. Have a frank conversation in your one on ones with them about if they're going to be able to be successful in their current role or if they'd be happier pursuing the same kind of opportunity elsewhere.

No matter how talented someone may have been before your promotion, if they're now creating a toxic, negative environment, or you feel you cannot trust them because they undermine you, you have to make a change. This is especially true if they are a manager.

Gallup has found a manager's attitude and level of engagement directly impacts the engagement of their team:

This means their lack of happiness and attitude will infect their team, costing you all of their productivity and risking turnover for everyone.

Give it a few months to try and see how you're working hard to help everyone on the team. If they still aren't cooperative, then you should be candid with them about applying for jobs elsewhere that would make them happy, or let them go.

On the flip side, don't give up on anyone too soon; if it was a close call between you and them, give them space and focus on those who are willing to work with you.

Fear of missing out is powerful, especially when a manager may realize they're hurting their whole team by fighting you instead of collaborating.  If they see you helping others and acting in everyone's best interests, they may come around. It just may not be overnight.

The key to handling any uncomfortable situation is to not ignore it. Engage your team and find ways to solve the problem.

Talking about tension from manager peers after promotion, and taking action based on what you learn are the only ways any situation will improve. That's true whether that's setting clear borders on your friendship while in the office, or helping someone get over the sting of being passed over for a promotion.

For more advice on what to do as a new manager, check out this episode of our Creating High Performing Teams podcast with Mike Pretlove. We talk about pitfalls to avoid, the right frequency of feedback, and some more key do’s and don’ts for first-time managers: 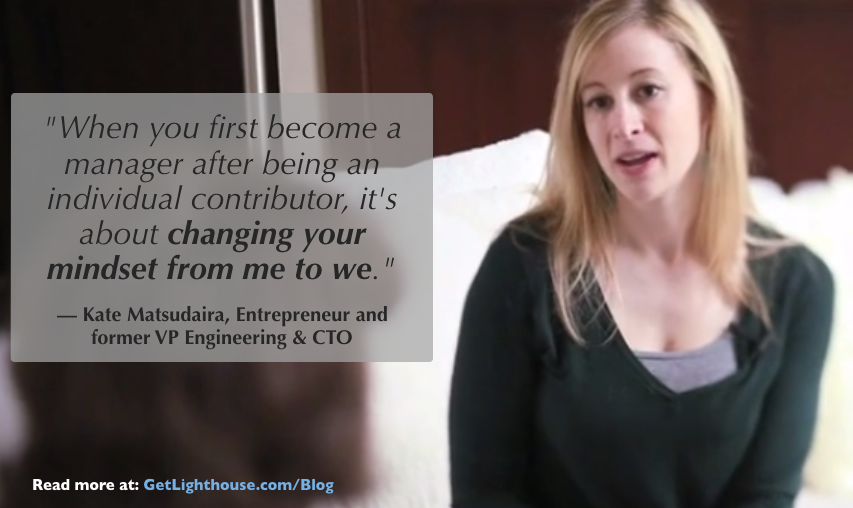 Building Rapport: The First Step to Being a Great Manager