Viktor Frankl was an Austrian neurologist and psychiatrist.

He was also a Holocaust survivor.

In 1945, he, his wife, and his parents were sent to the Theresienstadt Ghetto in Czechoslovakia. As Frankl was transferred to a variety of concentration camps, he and his family became separated. Tragically, they all perished, while Frankl was saved by Allied forces in April, 1945.

While in the concentration camps, he witnessed sadness and hopelessness in his fellow inmates. However, he also saw hope. 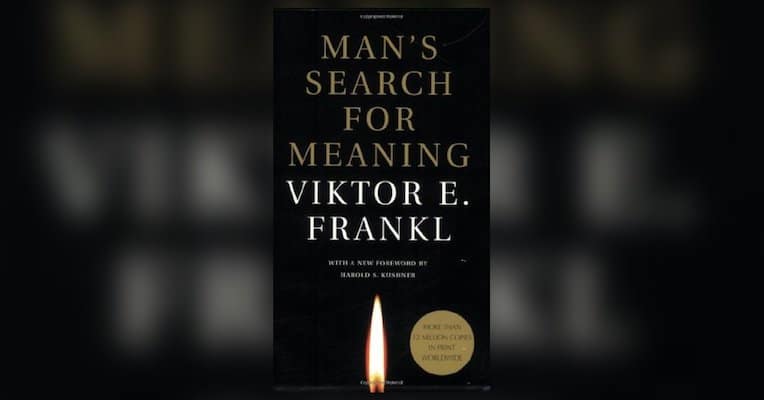 Frankl wrote a book on his experience in concentration camps and his philosophy of life that evolved there. In this book, Man's Search for Meaning, he recalls that those who best-managed camp life were best at controlling their attitude:

"The men who walked through the huts, comforting others, giving away their last piece of bread… [was] sufficient proof that everything can be taken from a man but one thing: the last of the human freedoms—to choose one's attitude in any given set of circumstances, to choose one's own way.”

Frankl realized that even in the worst circumstances, you can persevere if you have the right mindset and mental toughness. As he put it, "Those who have a 'why' to live, can bear with almost any 'how.'” 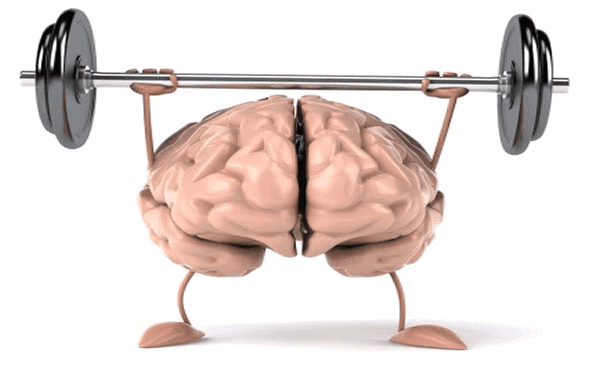 Thankfully, most executives and managers will never deal with the hardships that Frankl and others imprisoned in the Holocaust endured.

However, today's leaders do deal with stressful events that can hurt their self-esteem and test their character. Frankl's experience and writings show that mental toughness is an essential part of successfully overcoming great challenges.

If you want to sustain long-term growth, you must become more resilient. However, you shouldn't be the only resilient one in your organization. For your company to thrive, you should also teach mental toughness to your employees, so that it can become part of your team and company's culture.

How Leaders can Develop and Teach Mental Toughness

Great leaders have a growth mindset. They know they can develop new skills and learn new things when they put their mind to it.

Mental toughness is an ability you can develop like any other. Here's a few tactics to help you and your team become more mentally tough: 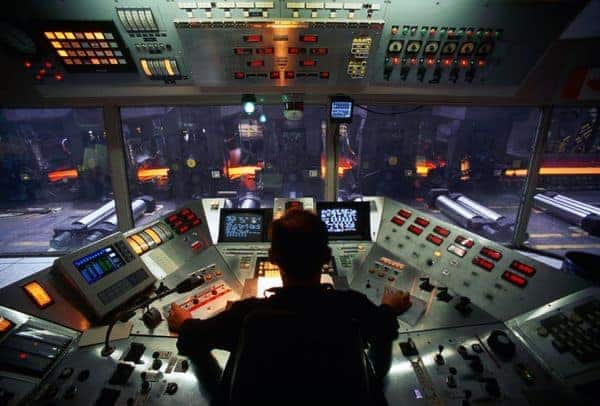 Remember: You're in Control of Your Attitude

A positive attitude is crucial to developing your mental toughness. In Man's Search for Meaning, Frankl shares his belief that we can control how we handle threats. Thus, defeat is a choice. And so is triumph.

For instance, when Frankl was experiencing great pain from foot sores, he started to think negative thoughts, making him feel hopeless.

But then he started daydreaming to escape his terrible condition:

"Suddenly, I saw myself standing on the platform of a well-lit, warm and pleasant lecture room. In front of me sat an attentive audience on a comfortable upholstered seats. I was giving a lecture on the psychology of the concentration camp! … I succeeded somehow in rising above the situation, above the sufferings of the moment, and I observed them as if they were already of the past.”

Coping strategies like visualization allowed Frankl to endure harsh conditions and starvation. Meanwhile, many of his fellow prisoners felt overwhelmed by their circumstances and wallowed in self-pity.

By changing his attitude, Frankl was able to overcome his foot injury. Others he helped with the same mindset were also able to survive.

Turn Your Struggles into Advantages

In the book, Crucibles of Leadership, Professor Robert J Thomas noticed a common trait among high-performing leaders. They were able to overcome doubts and find meaning in stressful circumstances.

These leaders had "adaptive capabilities," which Thomas defined with a simple formula:

When Thomas and his partner interviewed 40 top leaders in the business and public sector, they all recounted intense, and often traumatic, experiences that helped them better manage people.

By viewing obstacles as learning experiences, these leaders could better deal with them. In doing so, they were increasing their mental toughness. 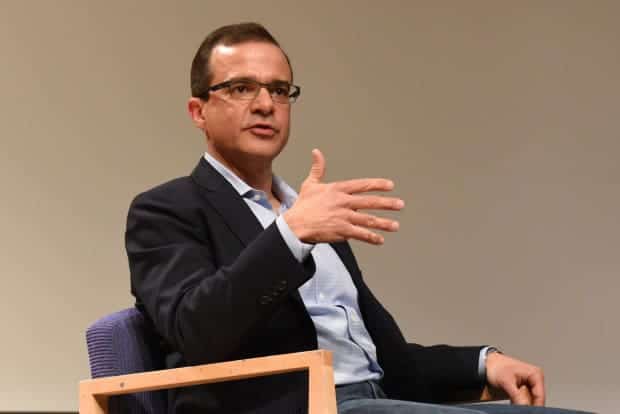 Amazon executive Jeff Wilke experienced an epiphany when an employee died at the chemical plant he managed. He realized that he was a terrible boss. He was putting money over the well-being of his workers.

As an analytical person, his feelings were often detached from his work. But, this death convinced Wilke that he had to change:

"I was no longer willing to focus on [just] the business...I began to give myself permission to have emotion about my work. At the end of the day, leadership is about people, and you can't separate their lives from their work or your work.”

Moments like this turn a negative situation into a positive. They motivate lasting change for the better.

The Power of Optimism

When managers rethink trauma, they tend to embrace challenges. This optimism is key to building mental toughness and not letting adversity stop you.

Psychology researchers Martin Seligman and Donald Hiroto performed a famous experiment on animals and humans that showed how easy it is to lose your positive outlook.

In this experiment, they divided everyone into three groups:

Later, all the groups were introduced to a new situation. All the participants could end the noise if they moved their hands by 12 inches.

Every group except for Group 2, turned off the noise. Group 2 became helpless and failed the experiment. (You may recall a similar experiment with dogs we shared in our post on Learned Helplessness here).

What's really interesting about this experiment is that Seligman discovered that a third of the participants he tested for endless shocks or noise never became helpless.

It turns out, those that seemed immune to helplessness had one common trait: they had high levels of optimism. They saw their setbacks as temporary, local, and changeable.

This experiment supports Frankel's belief that mindset determines whether you're able to survive and endure.

If you want to achieve long-term growth, you must change your attitude to look at things in a positive light.  Then, when you become optimistic, like seeing your trauma as a learning experience, you strengthen and develop your mental toughness.

Most importantly, you can't help your employees and expect them to be optimistic if you have a bad attitude yourself. It's exactly why Gallup found that the Cascade Effect leads to disengagement layers below an unhappy manager: 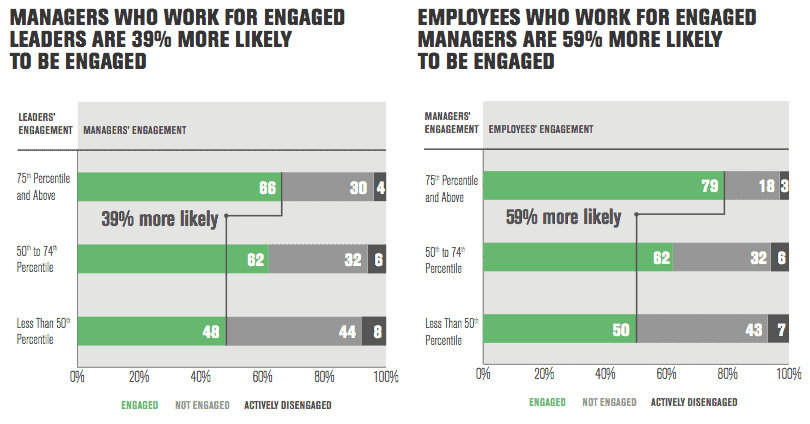 Resilient managers can help improve workplace performance. However, the results will only be temporary if their employees aren't as strong.

Today, workplace loneliness is a growing problem. In fact, it's one of biggest causes of workplace burnout.

If managers want to build a healthy, mentally tougher organization, they must acknowledge their employees' frustrations. Too many of them are fighting these mental battles alone.

Workplace loneliness is a growing problem

In a report in Harvard Business Review, a British firm questioned 835 employees on workplace resilience. Over 75% of them reported that office politics and poor relationships drain them of their mental toughness. 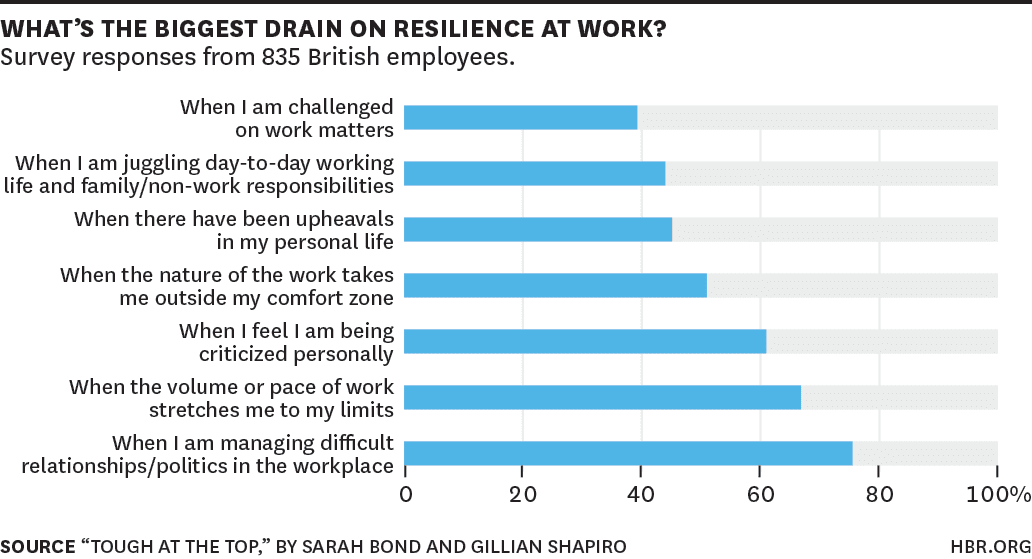 These findings are troubling. They show us that most employees feel disconnected from their workplace. They're on their own, feeling largely unsupported.

This is very unhealthy for them and your organization.

In another study, California State University and the Wharton School of Business surveyed 672 employees and their 114 supervisors. They discovered that employee loneliness triggered emotional withdrawal within their organization.

Co-workers could sense when an employee is upset, causing their mood to be affected, too. This leads to a decrease in workplace performance, productivity and engagement for everyone.

That's why researchers recommend that managers build meaningful relationships with all of their employees.

Similarly, Gallup research has found that women who have a best friend at work are more than twice as likely to be engaged (63%) compared with the women who don't (29%).

They also discovered that friendships at work increase both male and female work performance. Increasing this number in your organization can lead to:

Who wouldn't want 12% higher profits? This alone is enough to hit your goals for many leaders. Yet, despite this key finding being regularly touted by Gallup, only 2 out of 10 U.S. employees have a best friend at work.

Your employees can't do it on their own. It's on you to set a good example, and help them feel more connected at work.

You should not aim to be your employee's best friend at work due to potential conflicts of interest, but you absolutely should encourage them to make friends with some of their colleagues. You'll all benefit from it. 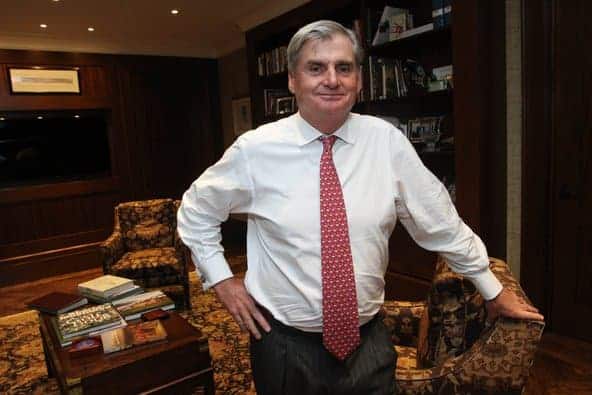 Overcome Even the Greatest Tragedy through Empathy and Will

We can learn from the struggles of others, even tragedies like 9/11.

In the paper, From Individual to Organizational Resilience, Sandler O'Neill & Partners (SOP) was an example of incredible organizational resilience.

SOP was an investment banking firm with an office located on the 104th floor of the World Trade Center's South Tower.

On the morning of September 11, 2001, a plane crashed through their office, killing 171 (39%) of their employees. It also destroyed most of their physical assets and corporate records. 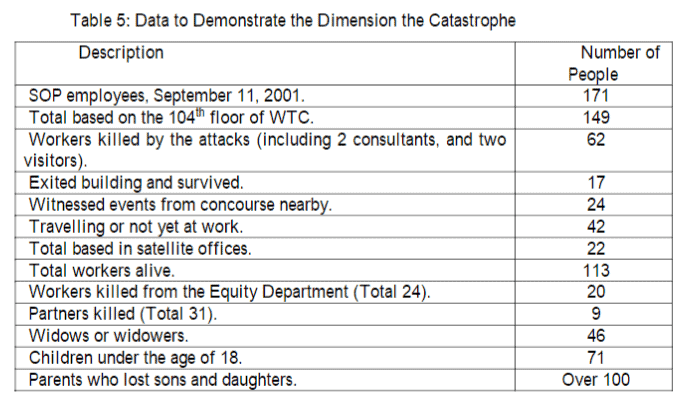 After the tragedy, the remaining workers felt a sense of hopelessness, anger, and guilt.

SOP executive Jimmy Dunn refused to accept the tragedy as the end of the company. He pledged that the office would bounce back better than before.

Dunn adopted Frankl's logotherapy theory to become the leader that his employees needed. He believed that if his team shifted their attitude from grief to moral purpose, they could succeed.

But first, he had to change himself. He went from "hard man” to empathic leader. He started accepting other people's ideas and made decisions based on trust.

He took Frankl's advice by asking his managers to practice positive visualization. Like Frankl imagining a classroom when his feet ached, instead of grieving over memories of lost friends, Dunn encouraged his staff to visualize a future without terrorism.

This fueled their desire to overcome the tragedy.

Support those in need.

Furthering their efforts, Dunn and his team were emotionally supportive of their employees.

They held meetings to support their workers. They also hired and trained new workers on their new values to create a cycle of positive reinforcement and humor that made the recovery process easier.

Dunn's leadership moved his employees from a state of panic to mental toughness.

And his efforts paid off. Within six months, SOP had regained the same profitability they had before the tragedy.

This table illustrations their amazing milestones they achieved in less than 2 years after 9/11: 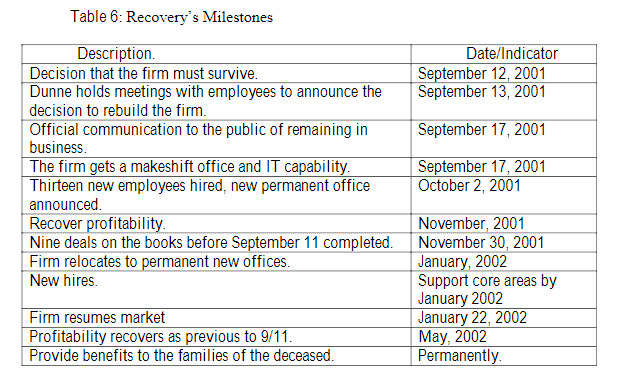 Executives and managers need mental toughness. You have the hard task of managing people, with the pressures of growing your business. It's no surprise you can often feel frustrated, tired, and anxious.

However, by viewing challenges optimistically as valuable experiences to learn and grow, you can develop resilience and mental toughness.

When you do, in circumstances of uncertainty and chaos, you will thrive. You can't control the circumstances you face, but you can change your mindset.

As Viktor E. Frankl says, we all have a choice on how we react to obstacles:

How you react to adversity determines much of your success and failure as a leader. When you set a good example of optimism, and show empathy for your team you can strengthen everyone's mental toughness at your company.

How do you foster mental toughness at your company? 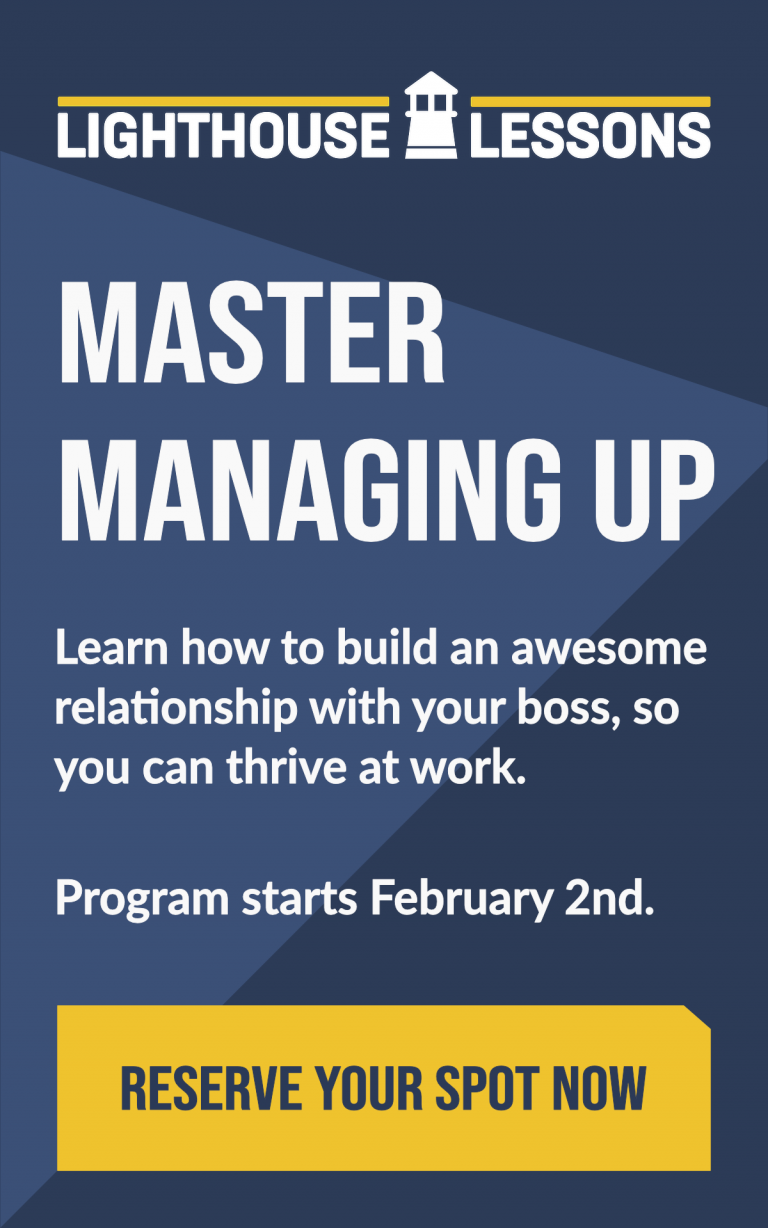