Building Rapport: The First Step to Being a Great Manager

A friend of mine recently started leading a new team for a project he had kicked off a few months ago. He had a compelling mission, a team of people willing to help, and worked hard to not micromanage everyone's tasks.  He even had a formalized agreement with some of the key team members to share the upside.

And yet, with all that, he was struggling with his team; they didn't seem to have the same sense of urgency as he had and weren't always responsive to him.

What was he doing wrong?

He forgot the foundation of leading a team well: Building Rapport.

It may seem like a simple thing you can put off, but building rapport with team members is key to so much you do as a manager.

Today, we take a look at what those key benefits are to building rapport with your team.

Building Rapport with Employees: The First Step to Great Leadership

Getting to know your team is critical to you and your team's success. You need to understand their motivations and drivers if you want to get the most out of everyone.

Your team will not all respond to the exact same things, so the more you can get to know each of them uniquely, the better your relationship will be.

Here's the benefits of building rapport that you'll find as you invest more in creating it.

You'll find it easier to give them the benefit of the doubt.

Think back to the last time you had a hard time working with someone. Was it someone you knew well, or that colleague that you don't know much about?

Have you ever wondered why someone was under performing only to later discover a personal tragedy affected them they weren't comfortable telling you (death in their family, sick relative, personal injury, etc)? I have.

Without rapport and empathy for who they are, you're a lot less likely to develop a productive working relationship. Some of that will be how comfortable they feel with you, but it's also then your mindset you'll have towards them. As the former CEO of Pepsi says:

It's a lot easier to give people the benefit of the doubt when you understand them.

True influence comes from knowing the other person.

As humans, we can be difficult creatures. We hold grudges, can be stubborn, and even vindictive at times. To get anyone to really do anything, you have to avoid triggering those feelings and instead make them want to follow you. Dale Carnegie reminds us in his seminal book, How to Win Friends and Influence People, the real approach you want to take:

And the only way to do that, is to take the time to get to know your people. Everyone is different, but if you align their goals, the work they enjoy doing, and what you need to get done, you'll be amazed what your team can accomplish.

If you want to build a team of top performers, knowing what they want and what they can do isn’t enough. For your team to reach their full potential, you need to coach them and help them improve. In other words, you should provide them with feedback – and regularly.

However, feedback can be a sensitive subject. The tougher the feedback, the more important having good rapport matters.

Think about your own life: If a stranger walked up to you and gave you hard feedback, would you receive it as well as if a friend or trusted coworker did? You would not.

That’s why as a manager, you need to build that foundation of trust and psychological safety first.

When you build strong rapport with each person on your team, you create an environment where feedback can be given openly and honestly. It also makes your feedback more powerful; when your team members trust you and understand your feedback is coming from a good place, they’re much more likely to take it to heart and really work on improving.

Show you care by making the effort.

In 2015, the Golden State Warriors got a new, first-time coach: Steve Kerr. Kerr had them playing the best basketball of their careers that season, and the team developed a great chemistry. This is not by accident.

When he was profiled in Sports Illustrated, we got a chance to understand the many great things Kerr was doing to drive this success.

One of the very first things he did when he got the job was fly to visit *every* member of the team to get to know them and get their buy in to his new system he'd be installing at the start of the season.

And the impact? As one bench player said:

"That's big, actually making the commitment to fly out and see guys,” says Barnes, who was in Miami at the time. "It would've been easy for him to fly and meet Steph [the team's star player] and just call everybody else.”

Is it any surprise they showed up to camp ready to listen to him after he went to meet all of them and get to know them? Or that soon thereafter they won the NBA finals?

But, you don't have to be an NBA head coach hopping on an airplane to do this.

As I was onboarding a new manager to Lighthouse, they told me a great story that accomplishes the same thing:

He was starting 1 on 1s with his rapidly growing team. As he was asking them questions to get to know them he asked a team member, "Is there anything a past manager you had did that you'd like me to do as well?"

They paused and then said, "Honestly, this is new to me. I wish they had done this."

Simply asking for their perspective was enough to delight them and stand out versus their other managers. Are you making the effort?

How to Build Rapport with Team Members

So now that I've hopefully convinced you of the importance of building rapport with everyone on your team (even the quiet, introverted team member or person a generation or two separated from you), let's take a look at the kinds of questions to ask to build rapport.

Questions and topics to lean on:

These are best asked as part of a one-on-one, since that is a meeting that's already supposed to be focused on your team member, and is a private conversation. Building rapport is also a great way to set the stage for all your future, healthy one-on-one discussions where trust is critical.

Everyone has a favorite subject.

As Dale Carnegie says, everyone's favorite subject is talking about themselves. Some people will be more private than others, so don't be afraid to try a few different topics until you find something that they really want to discuss.

If you look and listen carefully to see what they show more excitement about, and show you are genuinely interested in their answers, you will build that priceless rapport.

Also, while you shouldn't turn the discussion into talking all about you, don't be afraid to share a little about yourself, too. It can be especially helpful if you find something you have in common, which then allows you to go a lot deeper in talking about it and show you understand them.

I've bonded with people over everything from growing up in Pennsylvania, going to college in Boston, loving various pro sports teams, having fathers that run businesses, and even that my parents are tech laggards (unlike many people working in tech).

You never know what you'll find as a common thread, but I guarantee when you find it, your relationship will be stronger going forward.

Remember why you're a manager.

If you're a manager, it means you're in the business of people. Getting to know your people by building rapport is a critical part of succeeding in motivating and retaining them.

With this new found team rapport, you will have more of their trust and buy-in for things you need going forward. You'll also know what can motivate them and maybe even have some ideas for thoughtful gifts when you want to positively reinforce their good work.

You'll also get more candor from your team, which will help you fix problems while they're smaller.

Building rapport can really change everything.

And what happened to my friend?

Well, he took the time to have a one-on-one with each team member to hear their perspective on how they were all working together and their goals on the project. He also took the time to get to know each of them personally.

Like magic, he started hearing great ideas from each of them on improving how they were working together and they became much more responsive and engaged.

His team is now working well and I'm sure if he continues to make these investments in them and hearing them out, they'll continue their improved work efforts and attitude.

Do you have rapport with your team?

There's no time like the present to make this investment.

Are you thinking about how to build rapport with your team members? Here's where to continue your learning:

And once you start building rapport, it's important you remember what you learn about your team.

Lighthouse software helps you remember their birthdays & other key dates, organize all your notes about them, and have awesome, actionable 1 on 1s. Start your free trial now here. 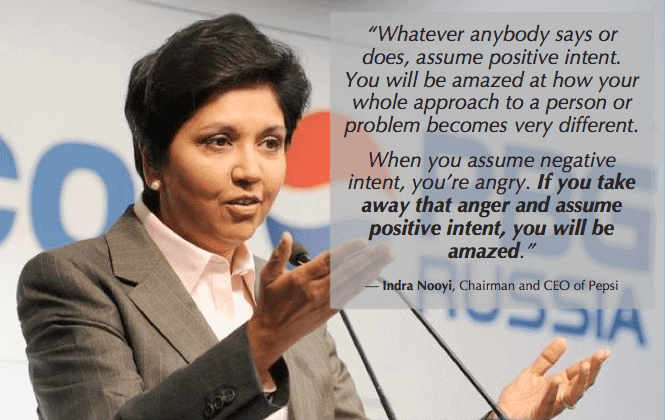